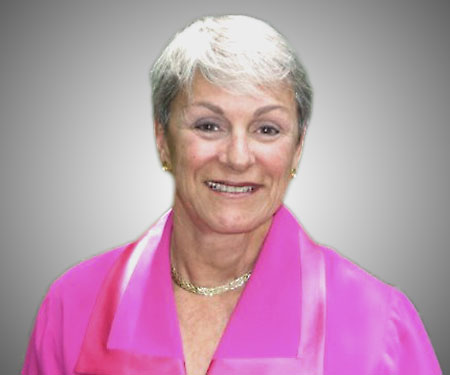 Marlene E. Haffner, MD, MPH is a career Public Health clinician and administrator. She received her MD degree from the George Washington University School of Medicine and a Master of Public Health degree from the Johns Hopkins Bloomberg School of Public Health. She obtained further training in internal medicine, hematology and dermatology at the Columbia University School of Medicine and the Albert Einstein School of Medicine, both in New York. She is board certified in internal medicine. It was at the Albert Einstein College of Medicine that Dr. Haffner first became interested in the underserved and in rare diseases, as she was responsible for patients in the sickle cell clinic and performing research on abnormal hemoglobin.

Following her residency, Dr. Haffner and her physician husband joined the United States Public Health Service (USPHS) in Gallup, New Mexico. From 1974 to 1981, Dr. Haffner served as the Director, Navajo Area Indian Health Service. As such, she was responsible for the broad range of public health services provided to the Native American population – preventive services, curative services, public health nursing, dental, water and sanitary services, as well as long term care. As a member of the uniformed service of the USPHS, Dr. Haffner's next assignment was with the Food and Drug Administration (FDA). She initially was the Director, Office of Health Affairs for the Center for Devices and Radiological Health. In 1986, she moved to the Office of Orphan Products Development (OOPD) where she directed that program for the next 20 years. Under Dr. Haffner's direction, the fledging program became the Orphan Products Program in the world and was emulated widely. With her assistance, programs were developed in Japan, the European Union, Australia and beyond. During her tenure at OOPD more than 300 products were developed to treat more than 15 million rare disease patients in the United States and many more world wide. In addition, the biotech industry credits the US Orphan Drug Act for shepherding the tremendous growth in that industry with the exclusivity provisions provided by the Act.

In December 2006, following almost 36 years of active duty, Marlene retired from the USPHS as Rear Admiral and became Executive Director, Global Regulatory Intelligence and Policy for Amgen, Inc., the largest biotechnology company in the world. She served in that role for two years prior to launching, March 2009, her own business, Haffner Associates, LLC. Haffner Associates is dedicated to furthering the treatment and prevention of rare diseases through assistance to patient supports groups and assisting the pharmaceutical industry in the development of products for those devastating diseases.

Dr. Haffner is the recipient of many awards: the Meritorious Service and Distinguished Service Awards from the USPHS, the Outstanding Service to the Public Health Award from the National Organization for Rare Disorders (NORD), The Outstanding Contributions to Pharmaceutical Medicine Award from the American Academy of Pharmaceutical Physicians, and in May 2009, the Woodrow Wilson Award for Outstanding Government Service from the Johns Hopkins University. Marlene is the author of many articles and book chapters concerning drug development in rare diseases in peer reviewed journals and serves as Adjunct Professor of Preventive Medicine and Biometrics as well as Clinical Professor of Medicine at the Uniformed Services University of the Health Sciences (USUHS) in Bethesda, Maryland.

When not involved in matters of public health and drug development, Marlene can be found in her large rose garden, cooking for friends in her wonderful kitchen, hiking and skiing with her family or pursuing any number of travel pursuits to the four corners of the earth.

Dr. Haffner is a member of the Advisory Board of Medunik USA.

< Advisory Board
This site is intended for Canadian residents only. Medical practices, products and/or regulations may differ from one country to another. As a result, the medical and/or product information on this site is not appropriate for use outside of Canada. The information is not meant to suggest any medical course of action. Rather, it is intended to inform and to raise awareness so that these issues can be discussed with qualified healthcare professionals.